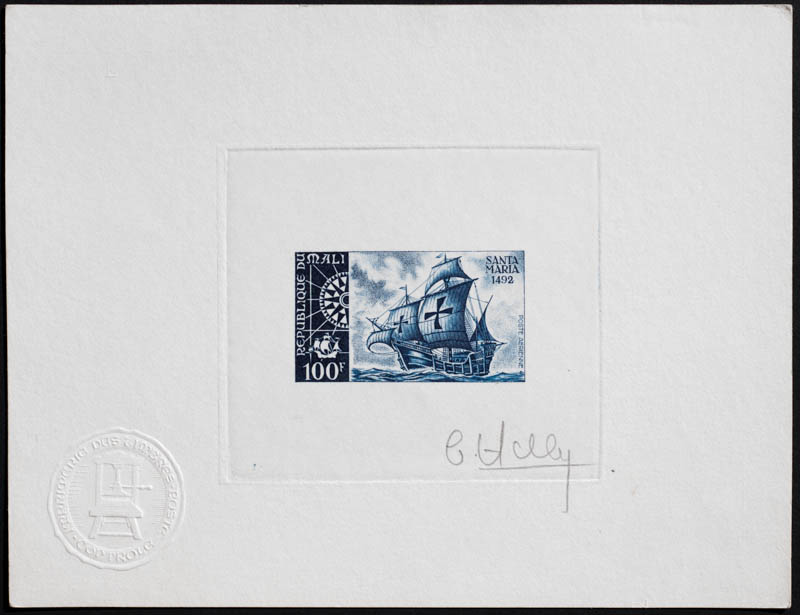 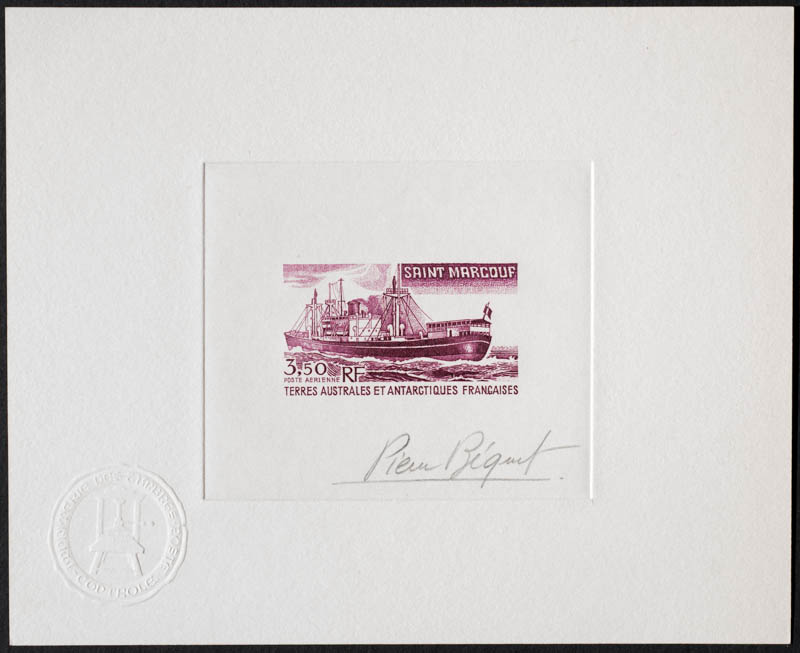 The ship stamps artist's proofs gallery shows images of more than 500 proofs issued between 1966 and 2015.

Many of the Francophone territories outside of Africa are islands with a deep connection to the sea. For this reason, ships are an important part of their history and commerce and are a common topic of their stamps. This is particularly true for the French Antarctic.

Many engravers design and engrave stamps with ships as the subject but a few are particularly worthy of mention: