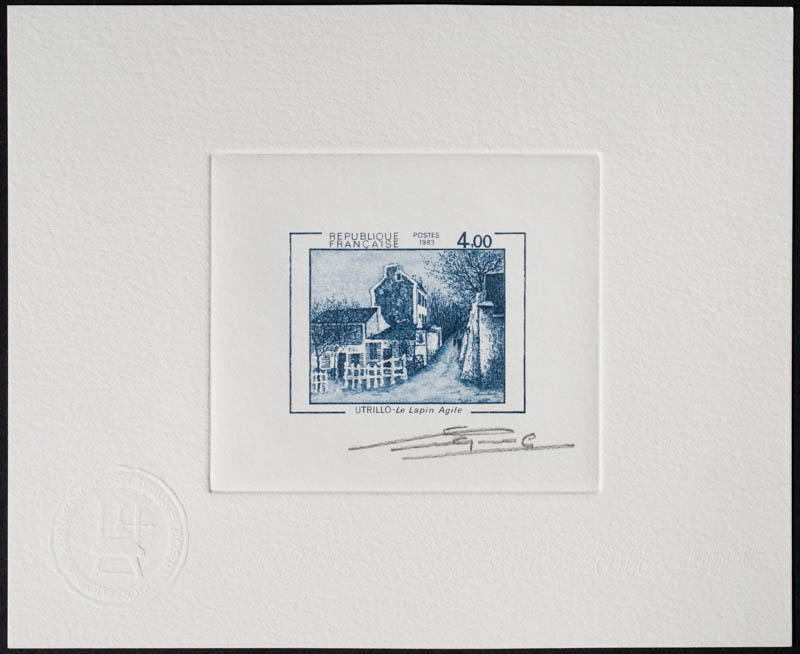 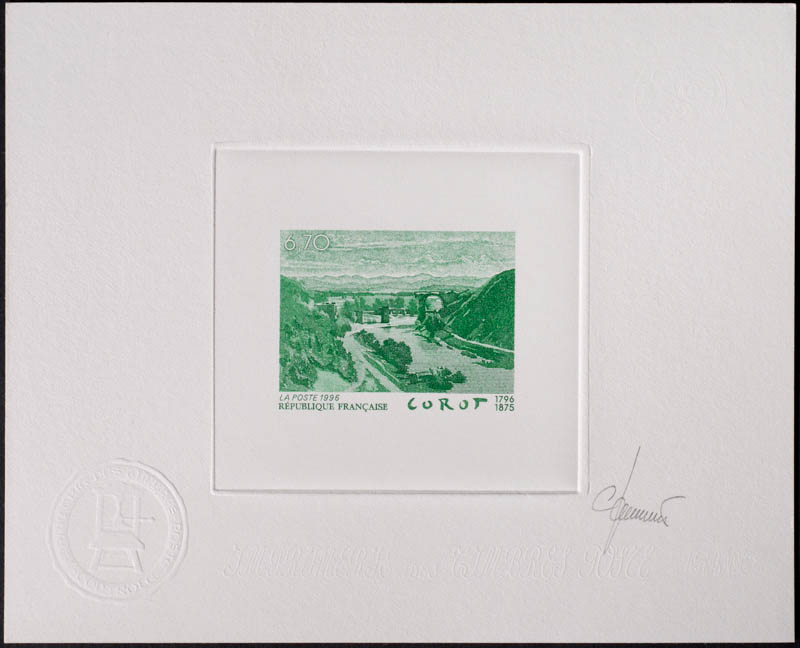 During the period 1967-99, France produced over 90 engraved stamps in the art series. In addition, proofs of special engraved versions of offset and litho art stamps, which were made for Official Documents, were also produced.

French art stamps are among the most attractive engraved stamps due to both the subject matter and the large size of the stamp, which provides scope for a larger design that has a greater visual impact on the viewer. Most art stamps were produced using the T.D. 6 process, which involved the production of two dies to allow for the printing of up to three additional colors (up to six in total), and these stamps therefore have a second "negative" proof.