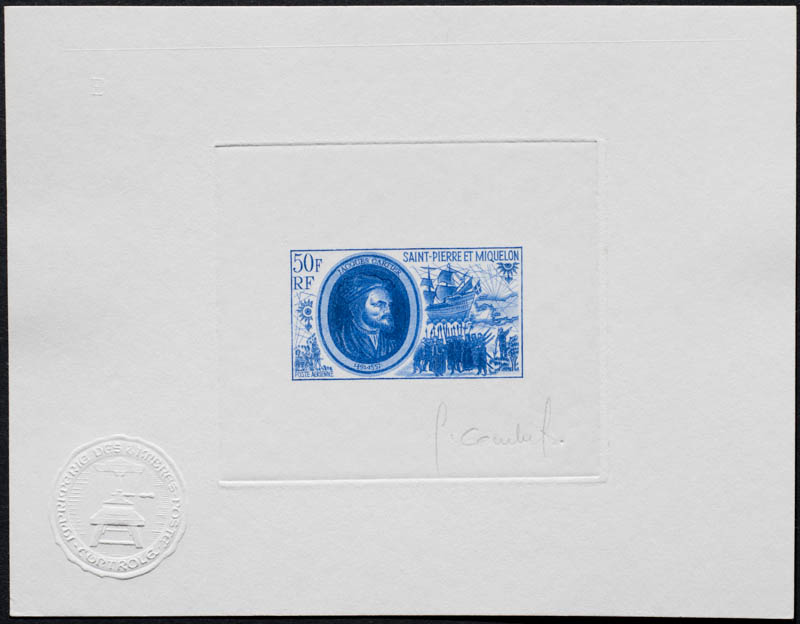 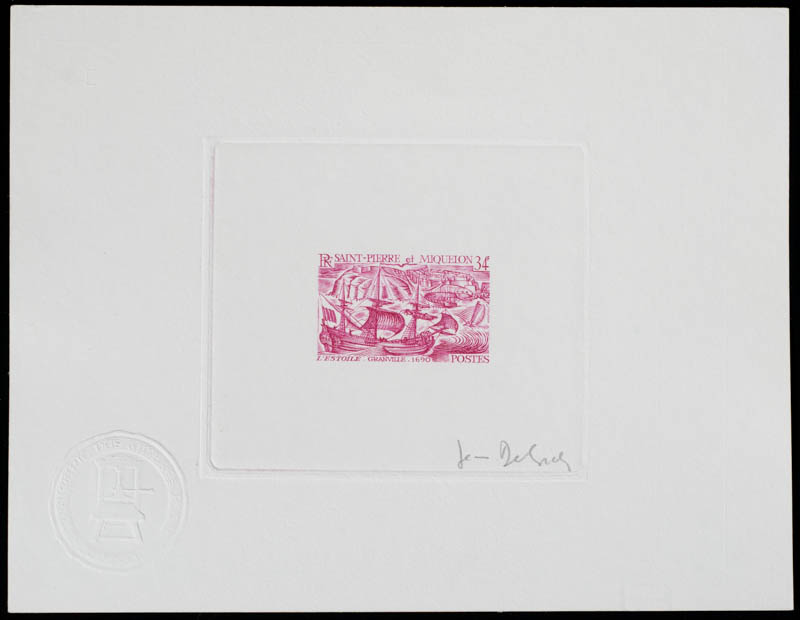 For the period 1960-76, when the engravers also designed the stamp they engraved, 16 stamps were engraved by Combet, 11 by Gauthier, 10 by Forget, 9 by Pheulpin, and 7 each by Aufschneider, Jumulet, and Durrens. From 1986-99 (no St. Pierre stamps were produced from 1977-85), there were 17 stamps engraved by Jumulet, 12 by Larrivière, 10 by Jubert, 9 by Guillame, and 5 each by Combet and Rajewicz. The engraver had less of an impact on the design after 1985 because the stamps were designed by local artists rather than by the engraver.

One of the things that differentiates St. Pierre from most of the other French territories is the large number of stamps issued in sets, typically sets of four, before 1978. The main series are:

After 1985, there were few series containing stamps issued in the same year and designed by the same engraver. However, St. Pierre issued a number of series comprised of one stamp issued each year for several years. These series include: